Look at me! Here I am! Right where I belong.

People who have known me a long time (or even people who have glanced over my DVD/poster collection) know that I’ve been a HUGE Jim Henson fan for my entire life. I grew up watching the Great Muppet Caper and the Muppets Take Manhattan pretty regularly. I’m pretty sure Muppets Take Manhattan influenced my lifelong obsession with NYC and broadway shows. When I was in kindergarten, the Disney Channel played Labyrinth pretty much every day, and I’ve worn out two cassettes of it (I also obviously have it as a special edition DVD).

The Muppets have also been an integral part of my relationship with Andy. When we first started dating, we spent a weekend watching almost all of the Muppet movies (not Muppets in Space. We’re just going to pretend that one didn’t happen). For our second Christmas, he got me a DVD of Muppet Christmas Carol, and last year, somehow acquired a copy of Muppet Family Christmas- the ORIGINAL version that was on TV, not the BS DVD release that didn’t have all of the songs (and I’ve seen it enough times that I instantly knew…).

So a few months ago, when the Museum of the Moving Image right here in Astoria announced that they were having a Jim Henson exhibit, we were pretty excited. We even toyed with the idea of trying to have a Muppet themed wedding at the exhibit (I don’t think we’d be able to do that though, especially not considering it closes in January).

Since my birthday is on Tuesday (this is your official warning), we decided to celebrate it with a trip to the exhibit on Saturday. The museum itself is really cool looking. Everything is white, and it has a lot of really interesting angles and colorful lighting everywhere. 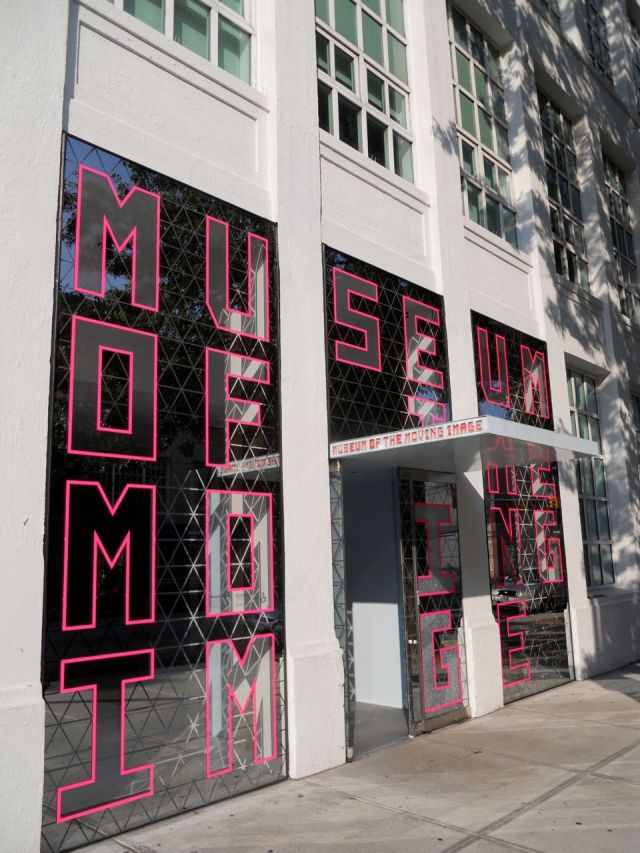 We bought our tickets and walked through the gift shop, where Andy immediately saw something, then went to the register. It was an early birthday gift for me: 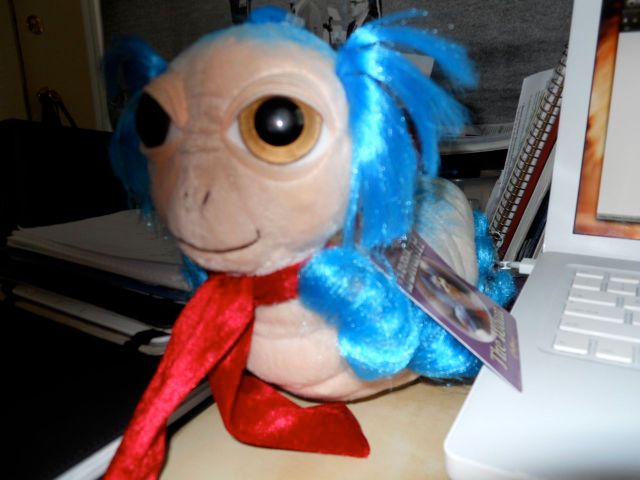 Yeah, totally awesome. (If you don’t know what this is, go watch Labyrinth. It’s on Netflix instant watch.) And it’s much better than the tattoo of this character that I wanted to get when I was 17. After the gift shop, we went to the Cafe and of course had to get cookies.

C is for Cookie, that’s good enough for me:

We had to go on Saturday because they do special screenings of Muppet movies on the weekends, sometimes with talks from people who worked on them. We saw Muppets Take Manhattan, and got to do a Q&A with Stephen Hendrickson (the production designer) and his wife, Calista Hendrickson (costume designer who did most of Miss Piggy’s costumes!). It was really awesome to see the movie on the big screen, with an audience full of people who live in New York, who appreciated the movie on a special level because it was about the Muppets moving to New York. As an added bonus, during the Q&A, we discovered that Bonnie Erickson, the original designer of Miss Piggy and Waldorf happened to be in the audience, and she answered a few questions about how she built Miss Piggy’s face. So cool! 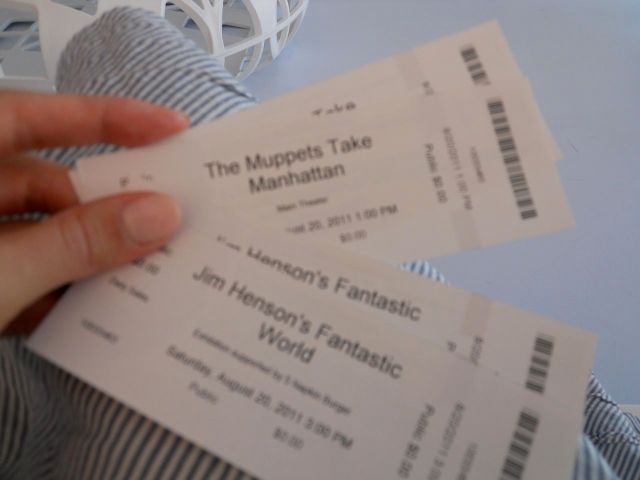 After the movie, we headed upstairs to the actual exhibit. There were tons of sketches, videos, and even a few actual Muppets (Kermit, Bride Piggy, Bert & Ernie, a few Fraggles, and a few others!). It was really cool to see sketches that showed how Big Bird worked, and to see original concepts for the other characters. Photography wasn’t allowed, but somehow this picture ended up in our possession: 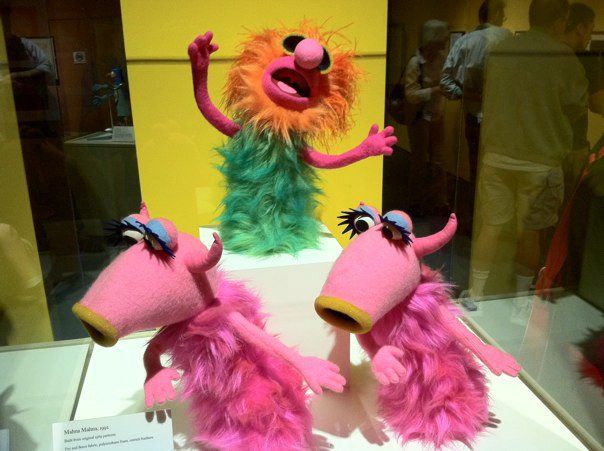 After the amazing Jim Henson exhibit, which covered nearly everything he worked on (except for Labyrinth- wtf, Museum?), we walked through the rest of the museum, which was also very cool. Lots of stuff about the history of film and how movies are made. Andy was definitely really into it.

We had an awesome time at this exhibit, and will definitely be back for other screenings. Museum admission is $12, and that includes the movies! Pretty awesome.

Info about the exhibit

8 Responses to Look at me! Here I am! Right where I belong.